How cool to see God at work in Haiti! In 2016, our April group from north central West Virginia found ourselves drilling wells in north east Haiti. Here is how it happened.

I received an excited call from Nancy Allen: she met a lady, Vivian, at the salon who was moved by the poverty in Haiti. Having grown up in poverty herself in Southeast Asia, Vivian wanted to help and generously donated $900. Nancy wondered if we could do something with the money that would bless many people. I replied that I had been pondering drilling water wells in Haiti, and she was excited by that possibility. Pastor Dasnis thought it was a great idea too and immediately starting working on the cost analysis for water wells.

Meanwhile, we began to ask for more donations. As the money kept pouring in for the well projects, we kept asking Pastor Dasnis if we could get a better deal if we did two and then three wells. We ended up drilling three wells that year for a total of $6,700.

Once the first well was drilled, a delegation from another community approached Pastor Dasnis to see if they could also get a well. They had been getting their water from the river. As we began to see water flow from these wells our hearts were full and our eyes tearful. 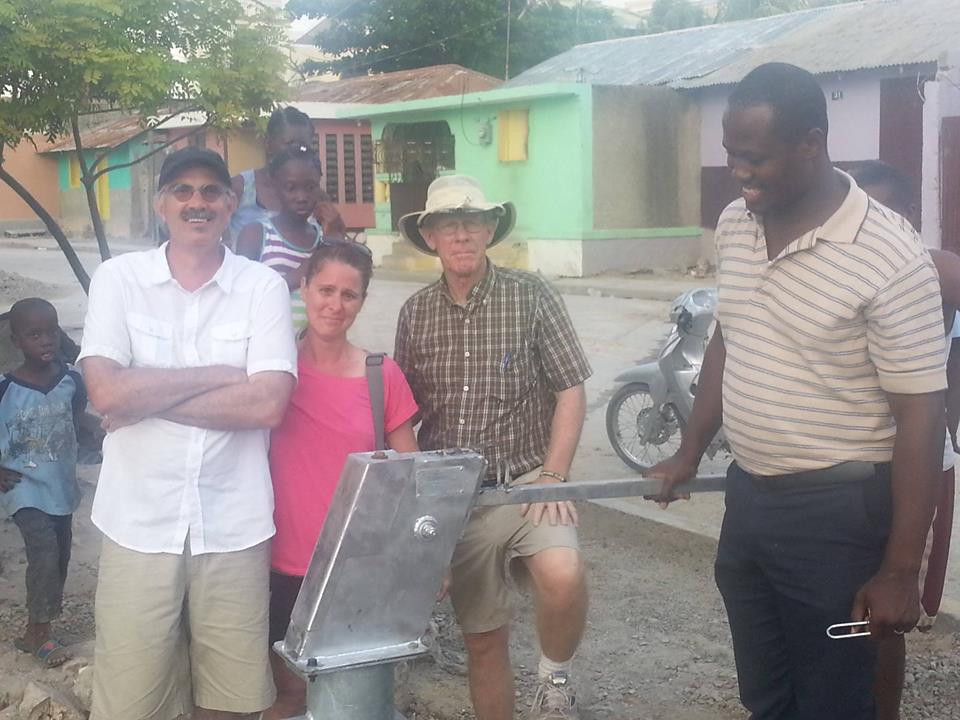 In 2017, we wanted to drill more wells, so we got our youth group at Horizons involved by launching a coin bank donation campaign. On launch day, we allowed teens to carry water jugs around the huge parking lot at church on Sunday morning, explaining that in Haiti every drop of water a family used had to be carried sometimes from a mile away and sometimes from unclean sources. Kids normally carry the water in Haiti.

Generous people from area churches and schools, and Facebook friends from Arizona to London, began sending in money to help. We raised $6,500 altogether, and Pastor Dasnis coordinated with the well driller to drill three more wells and repair four other broken wells.

One interesting story about well placement happened at a community past Dumas. We had decided to drill on a piece of property there, but after getting the property owners to meet the requirements we were told that the area was suspected to have too much rock in the soil for the drill to work. After a day passed, we found out the people had dug a beautiful hole several feet deep to prove that their soil was good. We returned to see these eager folks urging us to drill there. They convinced us! This new well will be near a school, so the students can get water at noon. 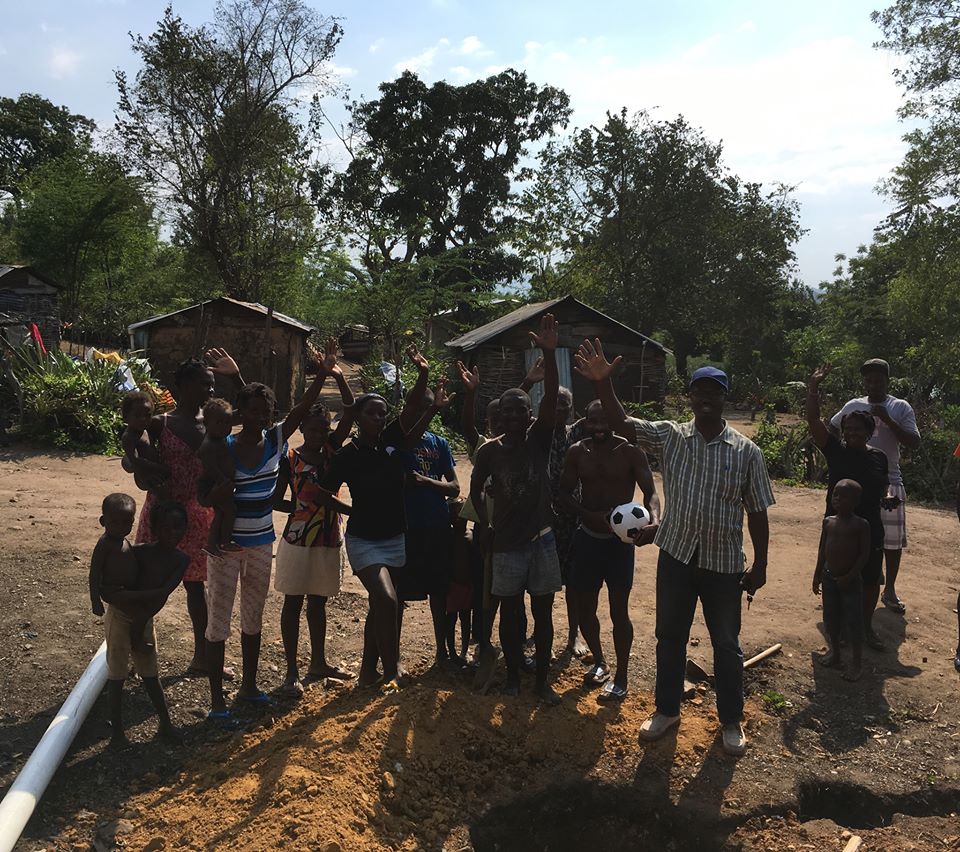 Some of the folks down the road past Dumas about 15 minutes drive.

As we were looking at one broken well in a town a few miles from Ft. Liberte, trying to decide whether we could fix it or needed to drill a new one, a group of boys walked past us with their water jugs, heading to the river for water for their families. Thanks to the generosity of our supporters, those boys will soon be pumping fresh, clean water from the well. 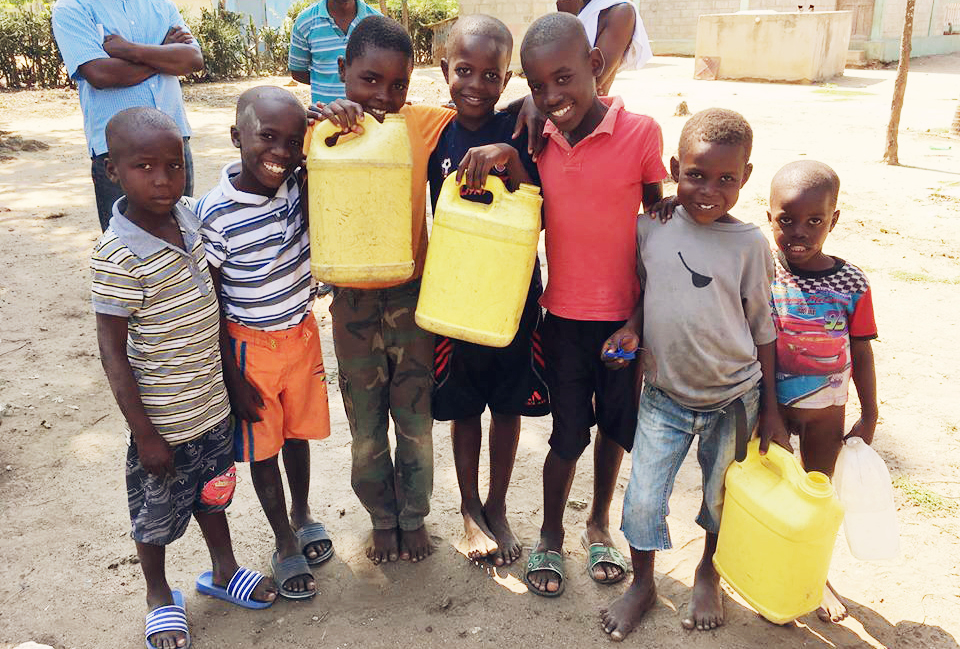 Clean water is the gift of life and refreshment. To me, the most beautiful part of this story is that all of these wells—six new and 4 repaired wells—were possible because one dear lady from Southeast Asia had a heart to give to the poor and suffering. 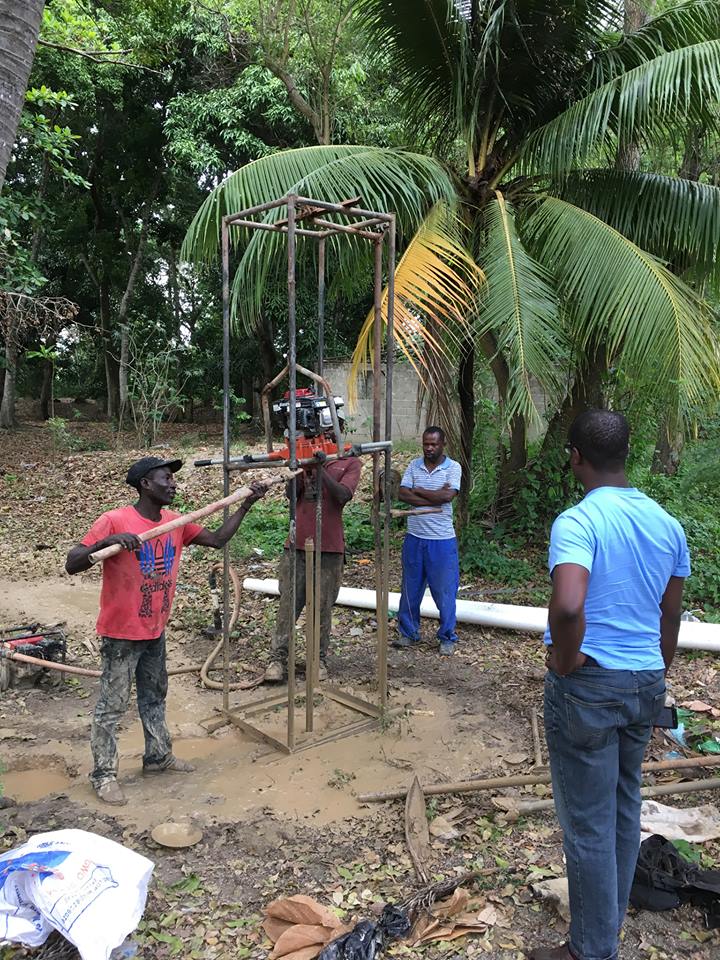 This well is being drilled about 15 minutes from Ft. Liberte.

We are all so excited about giving water to the people of Haiti. Word is that folks want Pastor Dasnis to run for mayor now! Many more wells are still needed in the surrounding areas. Jerusalem Baptist church is just getting started in the well drilling ministry. Stay tuned!