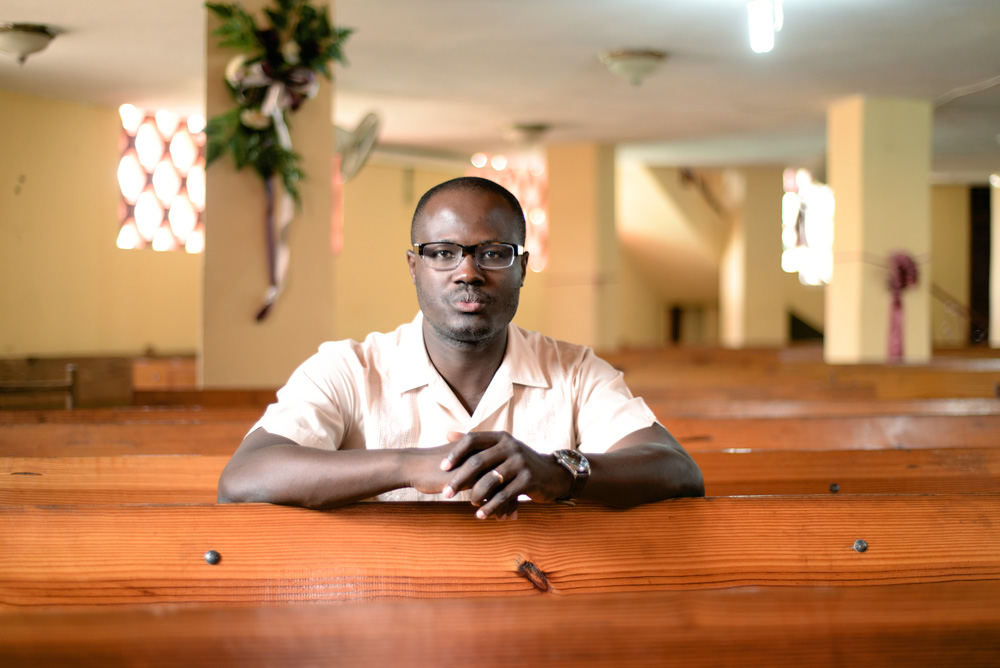 Although his mother was from Ft. Liberte, Dasnis was born in Port-au-Prince (in 1980) because his mother had moved there to work for a US company making baseballs. When he was 7 months of age his mother brought him to Ft. Liberte where he was raised by his grandmother. Since his grandmother attended JBC, Dasnis did also but he attended the Catholic school for his elementary education. He then attended public middle and high school in Ft. Liberte. Dasnis regularly attended JBC and helped lead the JBC youth association as vice-president.

When he completed high school (in Haiti this is 13 years, with the last year being called the Philosophy year), he was chosen to attend the Northern Christian University of Haiti in Limbe (Universite Chretienne du Nord d'Haiti) which he entered in September 2001 and completed in 2006. Unfortunately, his mother died in November 2005 and was unable to see him graduate.

Upon graduation, he returned to Ft. Liberte and was the youth and co-pastor at JBC. He was also involved with the Friends of Ft. Liberte (FFL) and the child sponsorship program. During this time, the United Nations employed Dasnis in the communications department in Ft. Liberte.

In 2007, a green card program allowed Dasnis to move to the United States. He moved to Columbia, Maryland and subsequently obtained a Masters of Arts in 2011 from Capital Bible Seminary in Lanham, Maryland. He married Sherlie in 2010 and she was able to join him in the US six months later.

Dansis returned to Haiti in 2010 and had planned to go to Port-au-Prince two days prior to the earthquake. Danis believes God saved his life by warning him not to go there. With some difficulty, he was able to return to the US shortly after the earthquake to be with his wife and continue his studies. Dasnis is pursuing a doctoral degree at Faith Theological Seminary in Baltimore. Dasnis will return to the US intermittently to complete his degree.

Shortly, the Haiti Baptist Convention will officially install Dasnis and he will be ordained in the presence of family and friends for his work in ministry to the people of Ft. Liberte. Dasnis states “I love my people and it is a blessing and a privilege to come back and serve in the church where I grew up in”. His thesis is “Holistic Ministry” seeing the whole person as body, mind, and soul. He has great passion for improving the life of the people in Ft. Liberte and will continue to work with the FFL with the goal of helping alleviate poverty in the Ft. Liberte area. His greatest passion and focus will be on education since he sees this as the most important issue facing the general population of Haiti. He understands that education is the foundation for a better life. 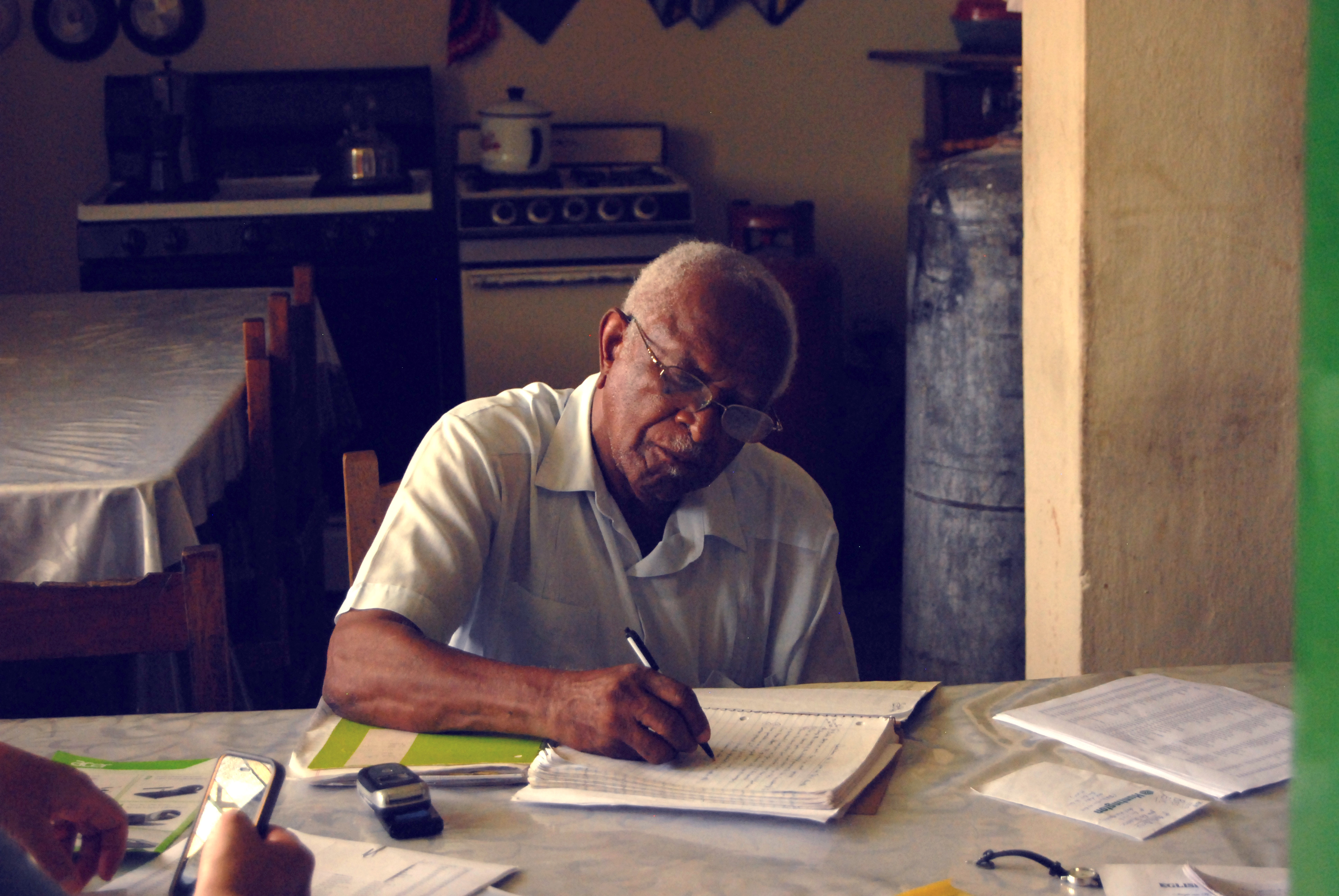 Andre Jean was pastor of the Jerusalem Baptist Church in Fort Liberte, Haiti from 1968- early 2015. During that time he was the heart behind all the Friends of Fort Liberte involvement in Haiti, and is still a vital part of our operations there.

Andre was born in Gonaives, Haiti, but he and his late wife Justine came to Fort Liberte as their first, and only, church after graduating with a M.Div. from the Baptist Seminary at Limbe. They are the parents of 6 children, all raised in Fort Liberte, and the grandparents of 15 grandchildren. Andre first trained to be a teacher before seminary, and he has continued always to be an educator as well as a pastor. He has continued to teach at the seminary, now Northern Christian Haiti University (NCHU). He was awarded a teaching fellowship to Israel in 1973, and spent 10 months studying Hebrew and Old Testament. He teaches those subjects and others and has served as Vice Chancellor of the university. He has also held the position of president of the Haitian Baptist Convention, and is well regarded and in demand as teacher and trainer of pastors and church leaders across Northern Haiti. In 1998, he completed his D.Min. at Northern Seminary in Chicago, Ill., with an emphasis on church organization and growth, using the model of leadership he had developed at JBC as the basis of his thesis. On any Thursday night, you can find him meeting in the church sanctuary with as many as 100 leaders for a congregation of more than 1500. The church also has several outpost congregations in poorer areas of the surrounding countryside.

The Eben Ezer School, the ladies' Professional School, the Clinic, the Orphanage, the Granparent's Home and the Farm projects have all evolved out of Pastor Andre's compassion and desire to help. His hopes and ambitions have led to an ever expanding partnership with friends and their congregations in the U.S. and Canada. 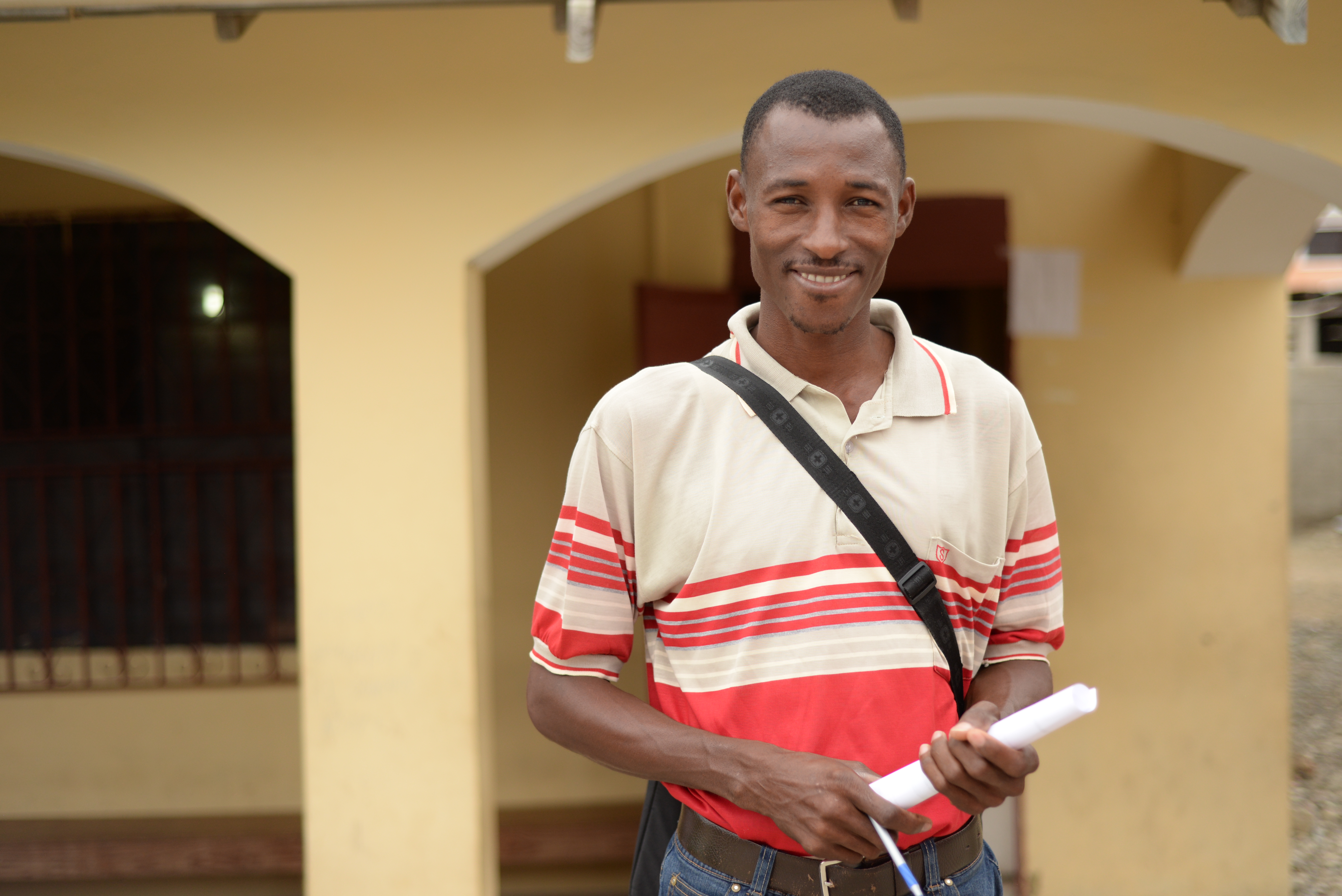 Since early childhood, Celius St. Fleur has been a friend to American visitors and to Fort Liberté.  Always willing to help, Celius grew into a dependable ally for Pastor Andre and Madam Justine Jean as they ministered to the people of Haiti.  It was natural that he would grow into a responsible man with a heart for his people.  Educated in agronomy and installed as Farm Manager, Celius has toiled with others to transform the Eben-Ezer Farm from an arid plot of ground to a working farm that supports goats and chickens and actually grows crops to be shared with workers, the orphanage and the Grandparents house.  Following his dreams and careful planning by the church and other supporters, the farm continues to improve and expand and is on its way to being self-supporting.

As if farming in Haiti wasn’t enough of a challenge, Celius also plays a most important role in operating the Eben-Ezer Clinic in Fort Liberté.  Serving as Clinic Manager, he sees to the daily flow of patients, assists with referrals, manages inventory, oversees pharmacy – even occasionally checks patient blood sugars and takes a blood pressure here and there.  He is the go-to man for any problem American teams have from finding IV fluid in the next town to locating a young patient’s family to keeping the generator going.  Although quick to deny his abilities, Celius is always the one on call to keep the clinic going, doing the most good possible under often adverse conditions.

With the same shy smile and self-effacing ways, Celius has grown from the soft-spoken boy to a dependable man, husband, father, farmer and clinic manager.  A friend to Haiti and a friend to FFL, he is just an example of what might be produced when a little love and care are added to a possibility.